A Rich and Colorful History 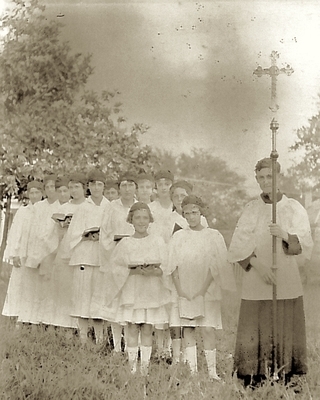 St. Paul’s Church, Greenville, has a vibrant, colorful history, with origins dating from the mid-18th century colonial period. The people of what became Pitt County received occasional services of the Church of England from the Rev. Alexander Stewart, rector of the Parish of St. Thomas, Bath, in Beaufort County, out of which Pitt County and St. Michael’s Parish were formed in 1760.


An assembly of freeholders elected the parish’s first vestry, and early services were held in the county courthouse. When the town of Martinsborough (which later became Greenville) was established on land owned by Richard and Susanna Coutanch Evans, plans were made for construction of public buildings, including a church. None of these early buildings still stands.

During the Revolutionary and early federal periods, St. Michael’s had no regular worship services, but beginning in 1816, the parish was visited by the Rev. Nathaniel Blount who also served congregations in Beaufort and Hyde Counties. Blount had taken part in efforts in the 1790s to form a Protestant Episcopal diocese.

When the diocese finally became functional in 1817, it still did not have its own bishop, but received Episcopal visitations from the Rt. Rev. Richard Channing Moore, Bishop of Virginia. Bishop Moore preached several times in Greenville in 1819.

During 1825-1826, the Rev. Joseph Pierson of St. Peter’s Church, Washington, visited Greenville to initiate a Protestant Episcopal congregation and perform baptisms. The first visit to Greenville by a Bishop of North Carolina occurred in May 1825, when the Rt. Rev. John Stark Ravenscroft preached to the few Episcopalians and other area residents. Two church members represented the congregation at the 1827 diocesan convention.

That year, the Greenville Episcopal group became known as St. James’s Congregation and continued for several years to be served by rectors of St. Peter’s, Washington, and missionaries from adjoining counties.

On December 1, 1846, the congregation was taken in charge by the Rev. Nicholas Collin Hughes and reorganized as St. Paul’s Parish. It was formally admitted into the Diocese of North Carolina in May 1847.

The congregation received its first building in 1848 when a half-acre lot on Greenville’s Pitt Street was purchased for $50. Through the generosity of Nymphus A. Price, who made available the services of his two expert enslaved carpenters, a small and unpretentious wooden church was erected and an altar and rail, pulpit and lectern, and white painted pews were installed. Household chairs were used in the chancel; a communion service was acquired; a small cut glass fruit stand served for the font; oil lamps furnished the light; and a melodeon, lent by a parishioner, accompanied the singing of the hymns.

The church was consecrated by Bishop Thomas Atkinson on October 31, 1855. Services were provided in St. Paul’s by dedicated rectors of neighboring parishes, missionaries, and chaplains, sometimes themselves refugees from their own fields, during the war years, 1861-1865.

In 1866, Mr. Hughes returned to serve St. Paul’s until 1891, except for brief periods of illness when he was relieved by the Revs. Israel and Nathaniel Harding. The original church building was used until 1885, when it was sold to the Roman Catholics and moved to Second Street. This building has since been demolished.

A new brick church was built and improvements were gradually added. When the Diocese of East Carolina was formed in 1883, St. Paul’s Parish was admitted, and the diocese’s first bishop, the Rt. Rev. Alfred A. Watson, consecrated the new church.

Slowly the parish and its activities grew. The first rectory, located at Third and Greene Streets, was built during the tenure (1912-1914) of Rev. Dallas Tucker. During the next few years, the church acquired a pipe organ and initiated a choir and altar guild. Memorial offerings provided new communion service, altar vases, an alms basin, and a processional cross. The need for a larger church was strongly felt, and for several years plans were formulated and discussed.

In 1930, under the leadership of Rev. William A. Lillycrop, the East Fourth Street building, which is now the chapel, and the first parish house were completed. Comfortable quarters for the Church School and proper facilities for the Women of the Church were provided. A fellowship center, Friendly Hall, was furnished by the diocese to expand the work among the students of East Carolina Teachers College.

In 1958, additions were built onto the church’s Third Street side, including classrooms, an assembly hall and kitchen facilities. With the expansion of East Carolina Teachers College into East Carolina College, then eventually to East Carolina University, the program carried on by the rector and parish workers through the Canterbury Club developed into a campus ministry with a college chaplain beginning in 1954.

St. Luke’s Church, Winterville, begun in 1902, was a parochial shrine of St. Paul’s from 1954 until its deconsecration in 1960. Items from this church now reside in the Choir Room.

A mission congregation for Greenville’s African-American community, St. Andrew’s, was formed about 1910, and merged in 1970 with St. Paul’s. The St. Andrew’s building was later used for a St. Paul’s project, the Bonner’s Lane Day Care Center, which served children in west Greenville for a number of years.

Various plans for the enlargement of St. Paul’s worship space or removal to a new site to meet the needs of a growing congregation resulted in a decision by the vestry and congregation to refurbish the existing plant and form a new mission congregation, named St. Timothy’s, which was organized in December 1977.

During the quarter of a century after 1980, St. Paul’s Episcopal Church in Greenville has evolved from a pastoral-sized church to an energetic program-sized church. The parish renovated its old buildings and built a spacious new worship space. However, parishioners have maintained their commitment to traditional worship and ministry.

Expansion plans were already in progress during the latter years of the rectorship of Rev. Lawrence Patrick Houston (1968-1992), and St. Paul’s new 400-seat church building was completed during the Rev. C. Thomas Midyette’s tenure (1994-2004) with its first service held on Christmas Eve 1999. The building features cathedral seating and was designed to accommodate a large organ made by C.B. Fisk of Gloucester, Massachusetts, and scheduled for installation during 2005. Substantial contributions to both projects were provided by charitable foundations established by church members James J. and Mamie Richardson Perkins and Mildred Sheffield Wells.

In developing plans for the church, Fr. Midyette and the vestry provided an inspiring but flexible worship space that is regularly used by faculty and student performers of the East Carolina University School of Music as well as by community musicians. In addition to musical events, it was envisioned that the space could be used for art showings for visual arts.

Although much of the church’s energy has been directed inward, members serve in many outreach ministries. Considerable financial support for local projects as well as service to the church is provided by St. Paul’s two Episcopal Churchwomen chapters—St. Lydia’s and the combined Sts. Martha, Mary, and Anne’s.

Noteworthy events have recently interrupted the rhythm and pattern of worship. Late in 1989, continued acts of vandalism in the church forced the vestry to end its longstanding policy of leaving the worship space open 24 hours a day. In 1999 Greenville and Pitt County were devastated by flooding caused by Hurricane Floyd, and many parish members devoted time, talent, and financial resources to the recovery effort. St. Paul’s choir accepted an invitation to sing in Gloucester England in the summer of 2000. On February 2001, the Most Rev. Frank T. Griswold, Presiding Bishop of the Episcopal Church presided over a Festival Eucharist bringing together the whole diocese.

The Rev. Robert A. Hudak began his tenure at St. Paul’s in November 2005. Under his leadership, St. Paul’s has been doing significant organizational work and has begun to welcome even more members into our midst.

Planned as a flexible worship space in the neo-Gothic style, the new church building is unique in that it was designed and constructed with the cooperation of acoustical engineers, organ builders, and a liturgical architect, as well as the architects and contractors. The 55-foot ceiling and double drywalls were constructed to accommodate the sound and vibration… 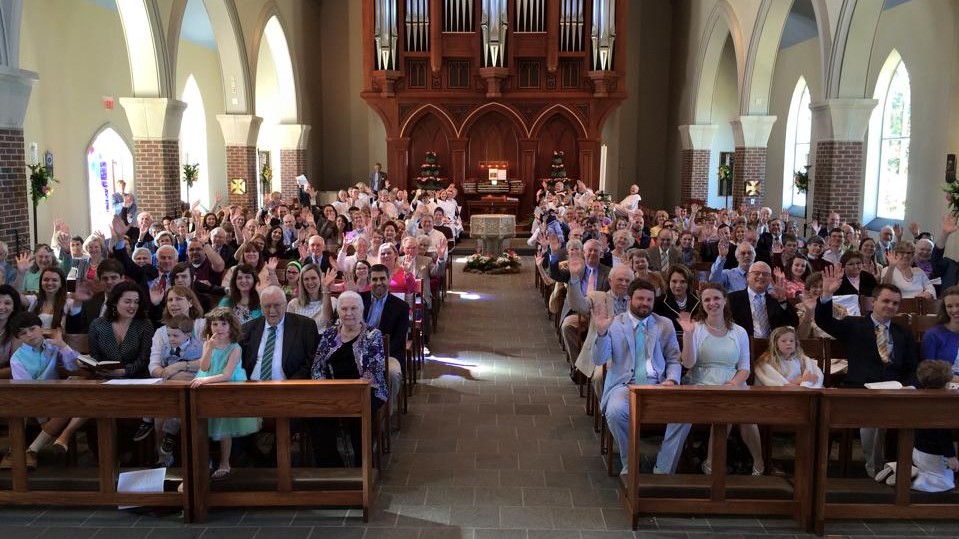